The award was presented to Manderieux last night in Paris by former Governor of the European Central Bank Jean-Claude Trichet and FFA President Steve Gentili.

The Prix FFA Turgot is awarded to the best French-language book on economic topics published outside France and was exceptionally awarded to jurists for their outstanding work on economic issues in 2018. 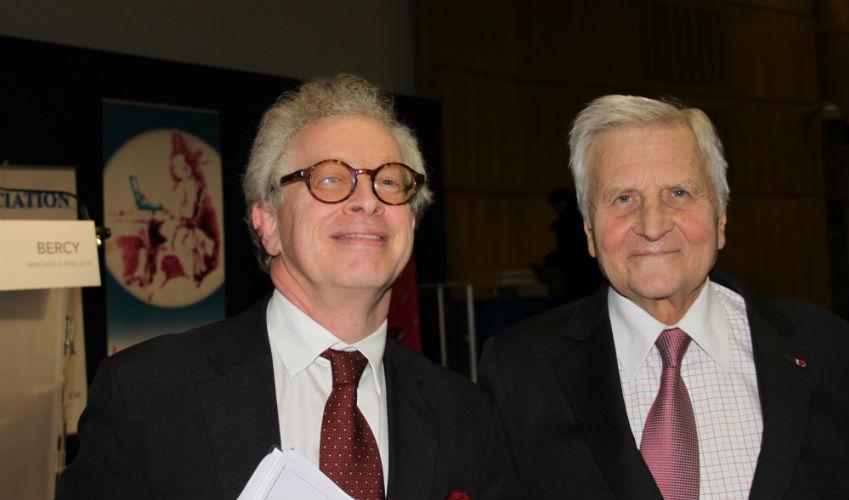 The prize is an acknowledgement both for the author, creator of a project that started with a conference organized in Bocconi in 2014 entitled "Fundamental Human Needs, Ethics and Business Law" ("Besoins Humains Fondamentaux, Ethique et Droit des Affaires"), and for the broader legal field at Bocconi University. In addition to Laurent Manderieux, four academics from the Department of Legal Studies of the University (Miriam Allena, Claudio Dordi, Annamaria Monti and Gabriele Gagliani), representatives of different areas of law (international law, administrative and environmental law, law history) participated.

The contributions of the researchers at Bocconi University represent the most part of the book and have all been conceived and written exclusively in French, reconfirming the University's ability to achieve excellence in research in other languages, as well as in Italian and English.

The book aims at being a bridge between the French and Italian legal-economic cultures and is poised to become a reference point on economics, ethics and good governance for different economic models, both in developed and developing countries.

The first part of the volume is dedicated to verifying the existence of a global ethic that is applied in the economic and financial choices of States and some of the main international economic organizations (IMF, World Bank, etc.).  The second part addresses some key issues and tries to understand whether international trade is being moralized and humanized (anti-corruption, conditionality in the Treaties and Sovereign Wealth Funds, environmental protection, the role of culture in the economy and governance).  Finally, the book focuses, in relation to the European Union, on solidarity between Member States, the existence of possible religious and secular European values and the attitude towards third countries and their peoples.

Botond Szabo on the Annals of Statistics Editorial Board

Angelo Contrino is the Principal Investigator of a PRIN project, funded by the Italian Ministry of University and Research. His aim: establish a legal framework for the use of new technologies in Italian tax reporting