If Politics Is in the Models, the Fight on Climate Change Is More Effective

While climate change remains an immense challenge, it is finally a well acknowledged one, with several high carbon emitting countries committed to reach net zero by mid-century. The urgent need then is to explicate the path to attaining such goals. As Bocconi Professor Valentina Bosetti and co-authors show in a recently published comment in Nature, this includes upgrading existing climate policy models to better reflect ground realities.

Current models, called integrated assessment models (IAMs) combine insights from climate science, engineering and economics to see how industrial and agricultural processes can be changed to best tackle global warming. However, as Professor Bosetti and co-authors argue, the models lack a crucial ingredient that determines the realism of its predictions - politics. For instance, while IAMs may recommend a carbon taxation, politicians, fearing electoral consequences, may end up relying on policies that are less efficient but are less visible cost-wise to the public. 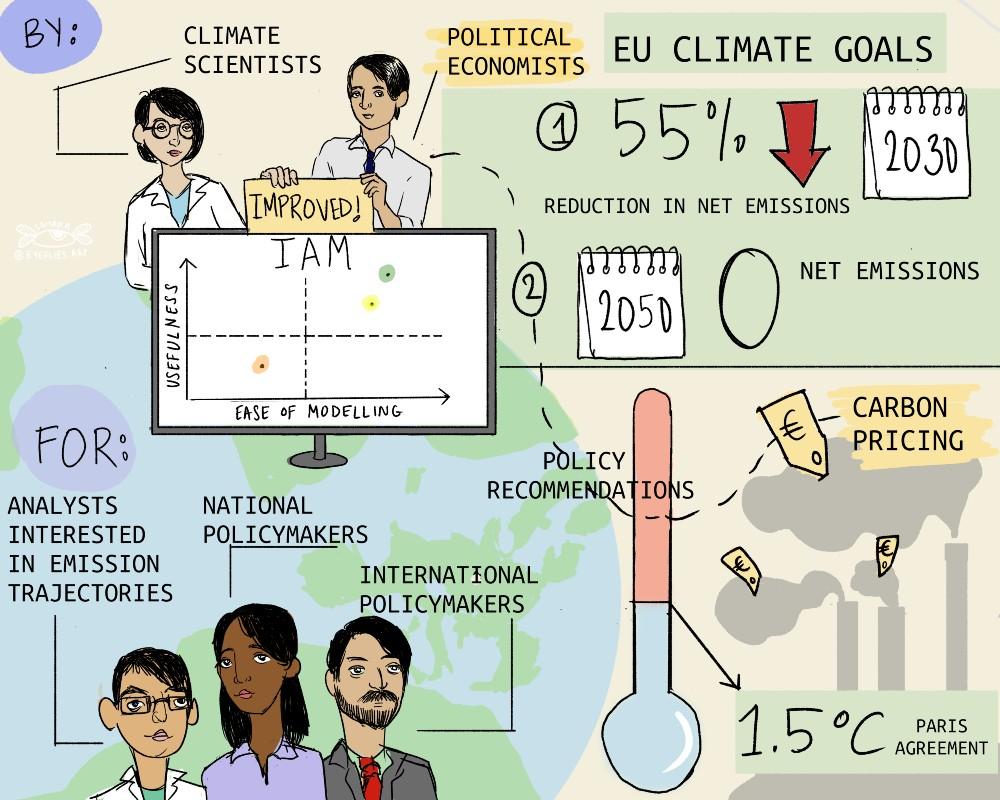 To account for this, the authors - political economists and IAM specialists - have identified eight key areas of improvement. These include considering risk-averse investors' distaste for unpredictable changes in policies, the types of interest groups mobilized by different policies, government competency, public opinion and confidence in institutions, and the unequal distribution of costs of climate policies on different socio-economic groups. These addition improve the IAMs with more realistic considerations in human decision making, in contrast to current IAMs that simplistically assume humans to be individual benefit maximizers.

The authors also emphasize keeping in mind the various users of these models and accounting for their different needs early in the model development stage. They identify three communities of policy relevant decision makers: those who want better predictions about global mitigation needs; international climate negotiators; and national policymakers. The last group - national decision makers - for instance would greatly benefit from IAMs that account for political trade-offs.

Professor Bosetti and her colleagues evaluated proposed areas of model improvements based on their usefulness and ease of modelling to identify most promising development. And they suggest that a promising place to test these new generations of IAMs is Europe, where large investments in decarbonized industrial policy is under way.

What exactly these policies may be for the EU is discussed in detail in the Blanchard-Tirole Report on Major Economic Challenges, commissioned by the French government and for which Professor Bosetti played the role of reviewing member. The report advocates strongly for carbon pricing as a tool to internalize the social consequences of greenhouse gas emissions. But carbon pricing alone is insufficient to reach the EU climate goals of a 55% reduction in emissions by 2030 and net zero emissions by 2050. It must be supplemented by subsidies to renewable technologies, phase-out targets for fossil fuel-based technologies, a ban on coal use, and R&D subsidies. With the EU-28 being responsible for 9% of global CO2 emissions, it’s important that policies also encourage global participation of major future emitters. Given the diverse range of climate policies at EUs disposal, the authors emphasize the need for careful cost-benefit analyses of specific policies. For instance, replacing coal by natural gas should be prioritized given its very low cost per tCO2 saved.

To take action on this complex and global challenge, smart and effective policies, designed in collaboration with political economists, climate scientists and decision makers, must be urgently implemented. And the EU, with its public and policy infrastructure must take the lead.