GENDER PAY GAP IS COMMON TO ALL EUROPEAN COUNTRIES, BUT ONE SIZE FITS ALL POLICIES ARE NOT ALWAYS EFFECTIVE. A REPORT BY THREE BOCCONI RESEARCHERS, COMMISSIONED BY THE EUROPEAN PARLIAMENT, PROVIDES AN INDEPTH ANALYSIS AND RECOMMENDATIONS TO ELIMINATE PAY INEQUALITIES

The progress in narrowing the gender pay gap has stalled during the past years in all European countries. Currently, working women in the European Union (EU) make, on average, 14.1% less in earnings per hour than their male counterparts. In principle, though ‘equal pay for equal work or work of equal value’ is a valid rule in every EU member state. 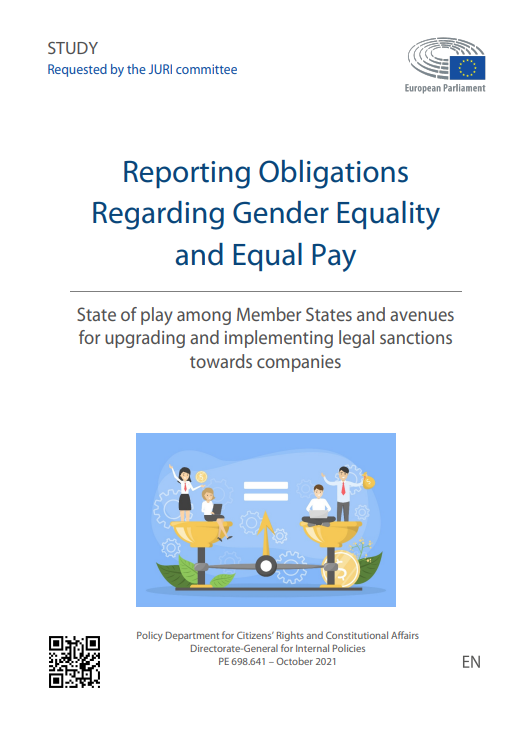 With the objective of understanding the policy solutions to move forward in eliminating pay inequalities, Paola Profeta, Full Professor of Public Economics at Bocconi University and Director of AXA Research Lab on Gender Equality, Maria Lucia Passador (Harvard Law School, University of Luxembourg, and Bocconi), and Ximena Calò, Researcher at Bocconi, conducted a comparative analysis on the current situation in the EU in Reporting Obligations Regarding Gender Equality and Equal Pay, a study commissioned by the European Parliament’s Policy Department for Citizens’ Rights and Constitutional Affairs at the request of the JURI Committee.

The gender pay gap problem resides in its complexity, since it is intrinsically linked to other forms of gender imbalances. In fact, “women in the EU represent the main providers of unpaid work in household and childcare, which means that many women face a trade-off between being a mother or entering the workforce,” says Calò. For example, “Italy, Belgium, and some countries in Eastern Europe, report a 5% or less gender pay gap, which is significantly lower than the EU average. However, when looking into detail, this is mainly because these countries display low female employment rates and the women who are able to work tend to be well-educated and well-remunerated, which also allows them to afford private childcare,” concludes Calò.

Hours in Paid and Unpaid Work by Gender in the EU 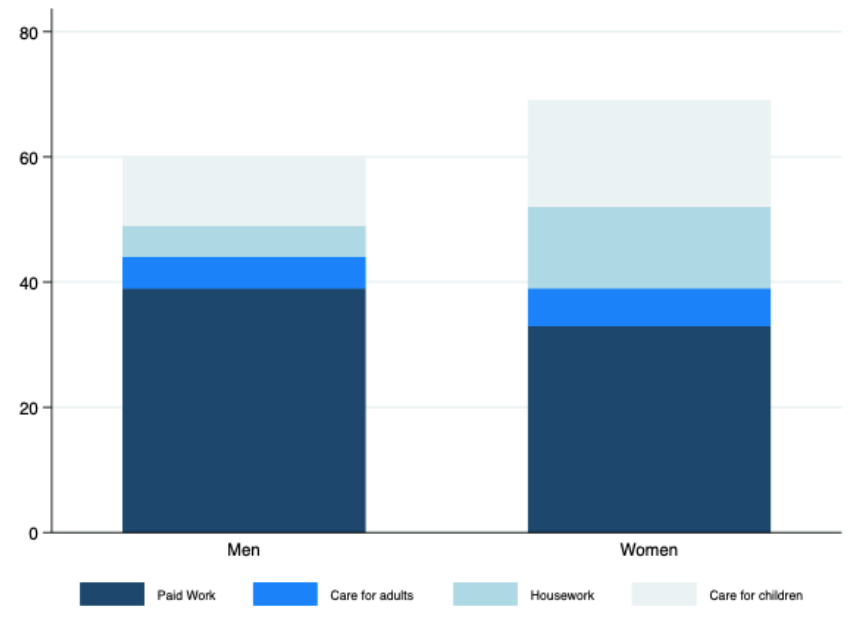 Six countries, namely Denmark, France, Germany, Iceland, Italy, and Spain, were chosen for the study. “The country selection was carefully made to represent the equal pay situation in the region, and was thus based on geography, gender gap indicators, each country’s legal framework, and their recent developments in the legal and policy dimensions.  The analysis suggests that although general conditions apply, member state contexts and specificities remain relevant.”

It is a signal that one-size-fits-all policies are not necessarily effective. A cooperative solution is needed at the policymaking and corporate levels, and at the national and supranational levels. Among other suggestions, the report recommends that “at the national level, the transposition of the principle at stake should be adapted to the characteristics of each member states’ geographical and socio-economic context. Moreover, it is crucial for policymakers to develop welfare policies in relation to parenting, work-life balance, and care leave to empower women to devote themselves to work effectively and efficiently.”

In this line, it is worth to mention that a recent Italian law, La legge sulla parità retributive, for equal opportunities between men and women at the workplace. The new law requires companies with more than 50 employees to disclose information on gender earnings. Besides, it introduces a bonus system that provides incentives for employers to prevent potential pay gaps and promote a culture of equal opportunities.