ALON ROSEN HAS WON AN ERC ADVANCED GRANT TO LAY A NEW BASE FOR ADVANCED CRYPTOGRAPHIC METHODS, OVERCOMING THE ISSUE OF SCARCITY OF HARD PROBLEMS

Public-key cryptography risks running out of steam and it could need an alternative source of energy. Alon Rosen, Full Professor at Bocconi Department of Computing Sciences, obtained a €2.49mln ERC Advanced Grant to try and find this new source.

The fuel cryptography runs on is computationally hard problems, i.e. problems that are difficult and time-consuming. A cryptographer seeks problems so hard that they can’t be solved, on average, in reasonable time, without a hint in the form of a key, i.e. a piece of information (usually a string of bits) which, when processed through a cryptographic algorithm, can encode or decode data.


Cryptography relies on computational asymmetry. It needs problems with an easy direction (the problem the “good guy”, i.e. the encryptor, must solve) and a hard one (the problem the “bad guy” should solve to decrypt information).

“The kind of computational hardness we need for public-key cryptography is hard to come by,” Professor Rosen says, “and in 45 years we only have found a handful of candidate hard problems.”

A classic case of this type of structured computational asymmetry is prime factorization, that is the problem of breaking a number into the unique set of (smaller) prime numbers that multiplied together give back that number. Multiplying two prime numbers is easy, even when the numbers are very large, while going back to two prime numbers starting from their product is much harder.

Traditionally, cryptography has been based on problems for which there is a conjectured exponential complexity gap between the easy and hard directions, where complexity can be considered a measure of the computational power needed to solve a problem. 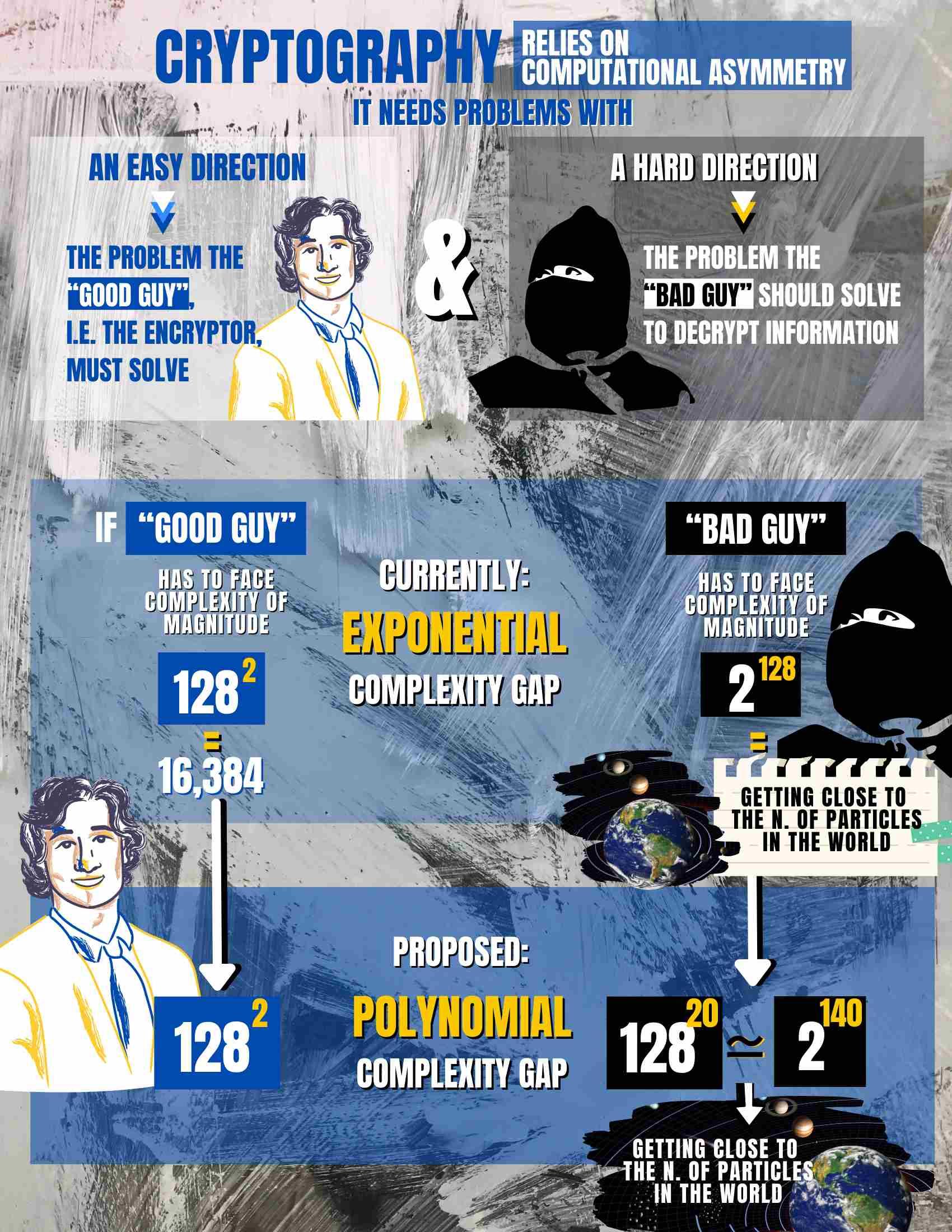 “We have some suspects out there,” Prof. Rosen says, “problems we can conjecture having a hard direction. Counterintuitive as it may seem, the hard thing for us is to show there is also an easy direction.”