THE AREAS MORE EXPOSED TO CHINESE COMPETITION RECORDED THE HIGHEST INCREASE IN BOTH UNEMPLOYMENT AND DEBT LEVELS BEFORE THE GREAT RECESSION, ACCORDING TO RESEARCH BY JULIEN SAUVAGNAT AND COLLEAGUES

Newly published research by Julien Sauvagnat, Associate Professor at Bocconi Department of Finance, tells the story of how Chinese imports to the US played an important role in inflating the financial leverage that led to the Great Recession. The other villains of the narrative are the misplaced perception that the income shock due to Chinese imports was temporary and the wide availability of new lending tools.

Geographic exposure to industries with low shipping costs (those more vulnerable to import competition) is then used to explain the increase in debt level at both county and individual level in the US.

Results show that areas where imports disrupted manufacturing witnessed a comparatively higher increase in both unemployment and debt levels. 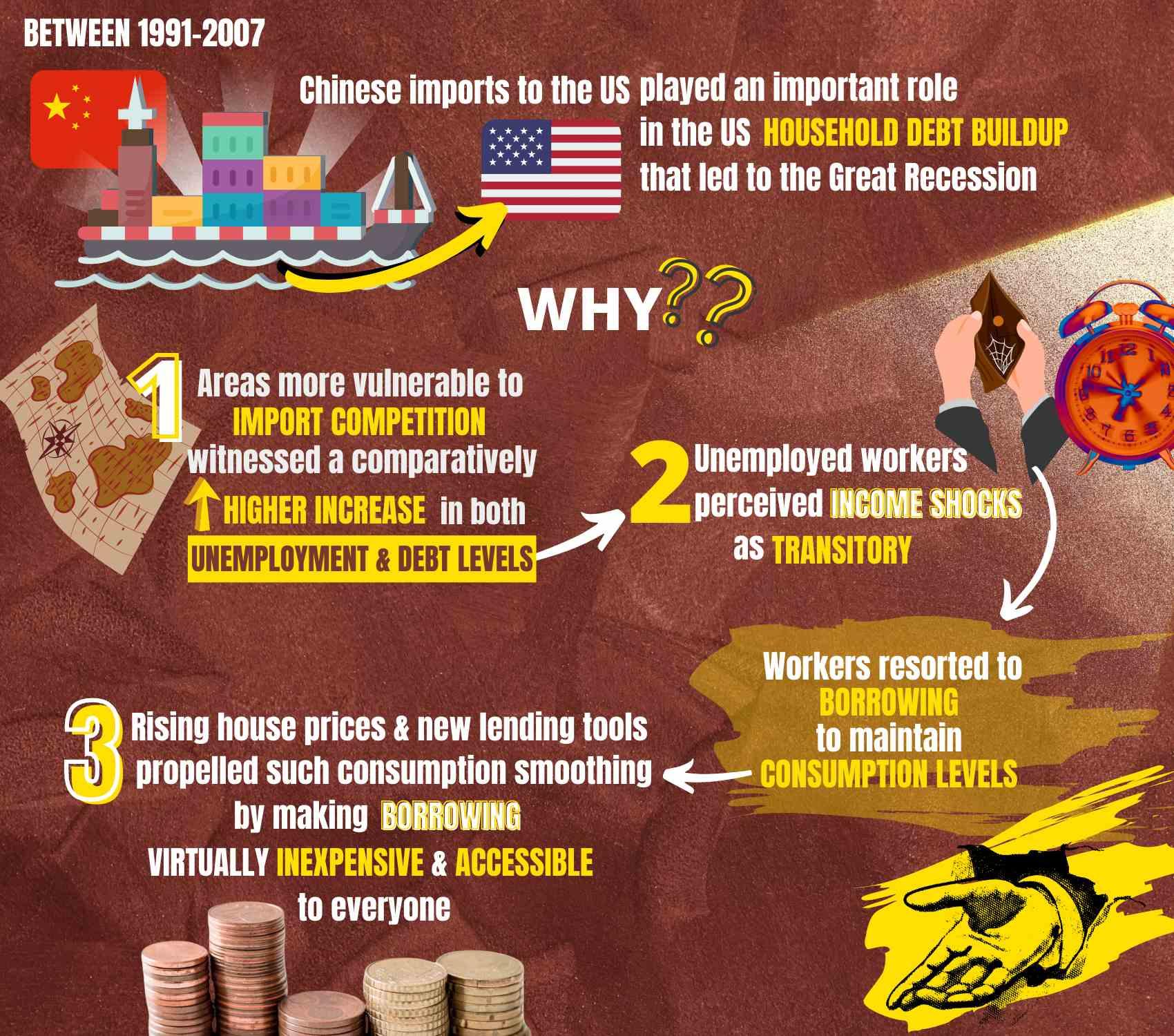 In the specific, cross-geographical exposure to industries with low shipping costs explains between 12 and 24 per cent of the household debt increase.

“We were studying the effect of Chinese competition on asset pricing when we noticed a significant correlation with household indebtedness levels,” said Prof. Sauvagnat. “So far, the literature had mostly dealt with the supply side dynamics that led to the 2008 crisis, so we decided to concentrate on the demand side causes.”

What the authors observed is consistent with the Permanent Income Theory, which states that when workers perceive income shocks as at least partly transitory they resort to borrowing in order to smooth consumption.

Rising house prices and new lending tools (like subprime mortgages) propelled such consumption smoothing by making borrowing very inexpensive and accessible to everyone.

The study finds that the increase in mortgages was relatively more pronounced for refinancing loans (using homes as a collateral) vis a vis new home purchase ones in areas more hit by Chinese competition. This is indeed coherent with the thesis that agents turned to home equity extraction to smooth their consumption, consistently with the favorable conditions that characterized the mortgage market in the US during the 2000-2007 period.

Furthermore, the paper deals with the reasons that led workers to consider the shock transitory rather than persistent. Prof. Sauvagnat and his co-authors find that perceived expected probability to reenter the labor market after a job loss was similar in areas that were heavily hit by import competition and areas that were not. This probably led all workers to consider the shock as transitory, when in reality it turned out to be more persistent in areas where manufacturing was disrupted by Chinese imports.

“Our findings could help regulators by shedding more light on the factors affecting the demand for mortgages, as well as serve as supporting evidence for consumption smoothing policies like unemployment insurance,” Prof. Sauvagnat concluded.