New research by two Bocconi professors suggests that women may be significantly less corrupt than men. Women at different levels of government bureaucracy in both China and Italy are much less likely to be suspected of corruption and arrested for it. 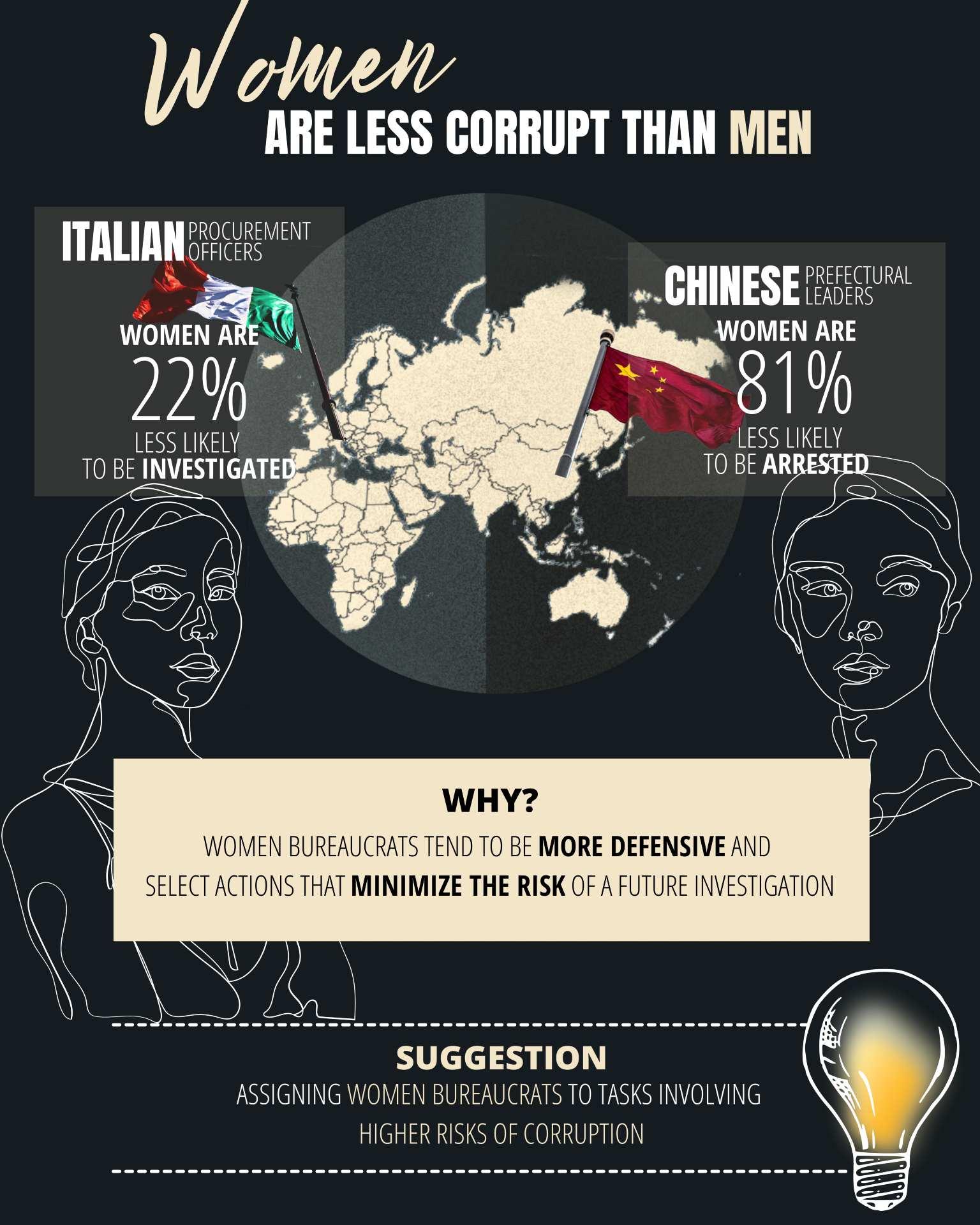 Their research not only provides evidence that, out of those who obtain such bureaucratic roles, women are less corrupt but also illuminates a possible cause for this difference: women bureaucrats tend to be more defensive in selecting actions that minimize the risk of a future investigation.

There is also good reason to think these findings are general: the populations examined are from very different cultural and political environments and cover very distinct roles in their hierarchies, with procurement officers in Italy and mayors and prefecture-level leaders in China. The large gender gap in corruption documented in this work highlights the importance of future research to explain this difference.

It could be that women are simply less corruptible than men. Yet, the authors acknowledge that a number of other causes can occur at the same time and cannot be ruled out. It may be that women and men are selected differently to public service jobs such that the selected women are less corrupt; women could face less opportunities for corruption; or women could even be subject to different levels of enforcement. What the authors do find, however, is that female procurement officers in Italy are more risk averse. Using a survey of how Italian procurement officials would respond to real-world scenarios, the authors find that women systematically choose responses that are more defensive, in the sense that they maximize compliance and seek to limit the risk of investigations for possible violations of procedures. Such risk-avoiding behavior could thus contribute to the observed gender gap in corruption.

“Ultimately, we can’t conclude that the average woman is less corrupt than the average man. But we now have strong evidence that after the process of selection into bureaucratic professions has taken place, women tend to be significantly less corrupt,” said Professor Decarolis.