Bring Different Races in the Same Room, and Prejudices Will Fade Away

LEAP BOCCONI SCHOLARS CORNO AND LA FERRARA SHOWED THAT WHITE STUDENTS BEING ASSIGNED A BLACK ROOMMATE AT THE UNIVERSITY OF CAPE TOWN EXPERIENCED A REDUCTION IN RACIAL STEREOTYPES. THIS MAKES A COMPELLING CASE FOR INTEGRATION PROGRAMS

A new study found that inter-racial interaction can significantly improve stereotypes as well as academic performance of individuals. Sharing a room with a colleague from a different racial group in South Africa led to a reduction in racial stereotypes of white students and an improvement in the academic performance of black students, who had higher GPAs, passed more exams and were more likely to progress to the next academic year. These effects persisted even after the students left the residences. 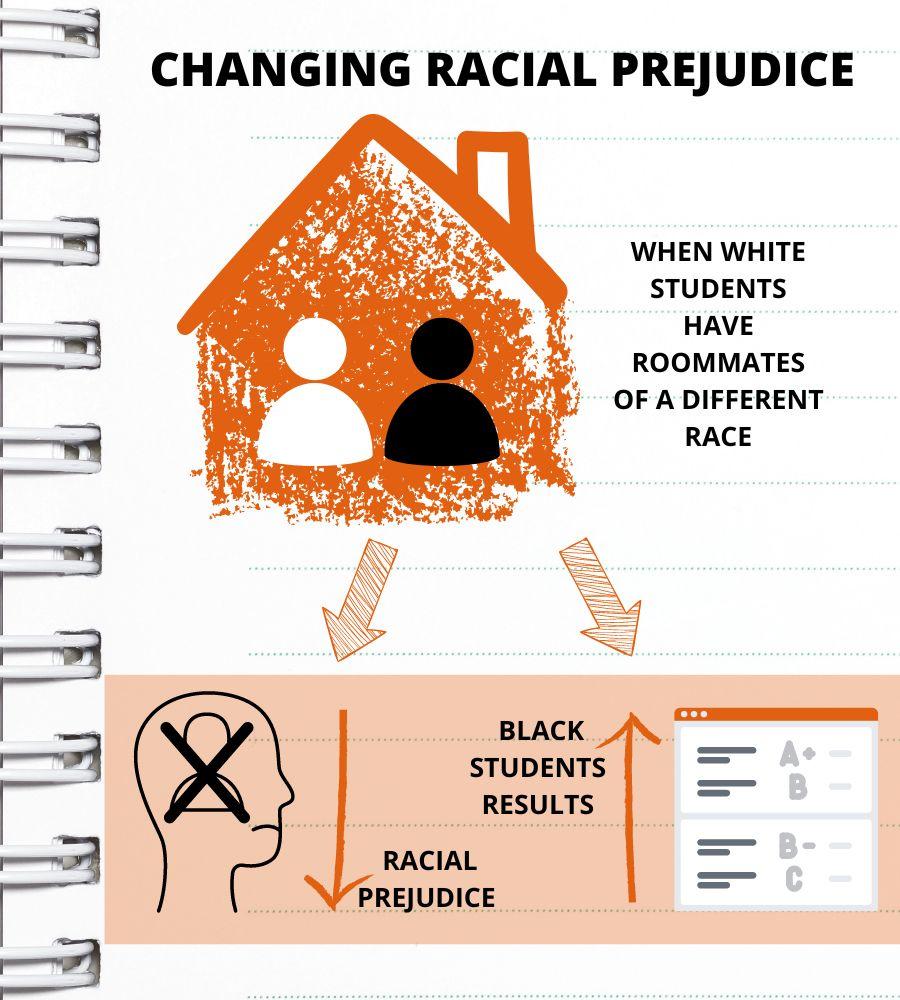 Being exposed to people who have different qualities and experiences than ourselves can help us better grasp their point of view, reducing our reliance on stereotypes. However, if this encounter is unpleasant, there is a chance that group stereotyping may be reinforced.

In a paper forthcoming in the American Economic Review, Bocconi’s Laboratory for Effective Anti-poverty Policies (LEAP) scholars Lucia Corno (Cattolica University and LEAP Bocconi) and Eliana La Ferrara (Harvard Kennedy School and LEAP Bocconi) with Justin Burns (University of Cape Town), aimed to understand how individual attitudes can change in the face of inter-racial interaction. To do so, they exploited a policy implemented at the University of Cape Town, in South Africa, where students are randomly allocated roommates. This can generate exposure to members of different racial groups in a way that is independent of the individual’s own choice, thus allowing the researchers to draw causal statements. Using administrative data on university performance and surveys measuring the students’ racial bias, they discovered that this contact greatly reduced prejudice, effectively eradicating the gap in racial stereotypes between white and black students. Furthermore, black South Africans saw significant advances in academic success that lasted longer than the period of exposure to their roommate.

In order to measure racial stereotypes, the authors used the Implicit Association Test (IAT), which consists of a computer-based categorization task where respondents have to pair positive or negative attributes (such as “happy” or “failure”) with different racial groups. The speed at which individuals make the pairing is seen as an indication of how common they perceive the association to be.

Findings revealed that, on average, all groups held unfavorable implicit bias towards black people, albeit to varying degrees.

“However,” Professor Corno said, “after a time of cohabitation, white students assigned to roommates of a different race showed a considerable reduction in negative stereotypes toward black South Africans. Our findings indicate that the event bridged the bias gap between white and black respondents.”

The researchers also investigated how the experience could impact academic achievement. Students assigned to mixed race rooms passed greater number of exams in their first year. The effect was especially strong among black students, who raised their GPAs and were more likely to be deemed qualified to continue their studies by the institution. The experiment resulted in a 25% reduction in the performance gap between white and black students.

In a subsequent investigation, conducted once students had the option of changing room assignments or leaving the residence entirely, the researchers found that, while the impacts on GPA were no longer present, the effects on the number of exams passed and eligibility to continue remained significant through their second year.

As a result, the authors provide compelling evidence of the numerous potential benefits of diversity and integration. We may conclude from their experiment that contact across racial groups not only reduces prejudice and preconceptions, but also allows individuals to thrive academically.

“These findings make a compelling case for the extension of integration programs,” Professor La Ferrara said, “which can serve as important tools for reducing gaps in outcomes among groups.”