Alberto Alesina, the Scientist Who Ensured Long Life to Economics

ON 24 AND 25 MAY, BOCCONI WILL CELEBRATE THE WORK OF ONE OF ITS BEST KNOWN ALUMNI. HE WANTED TO EXTEND THE FRONTIERS OF ECONOMICS TO THE SPHERE OF HISTORY AND SOCIOLOGY, AND ENDED UP OPENING THE NEW FIELD OF POLITICAL ECONOMY

After Alberto Alesina’s death, Lawrence Summers, former US Secretary of the Treasury and his co-author, wrote on the Washington Post that “it is hard to imagine the field of political economy without him.” At Bocconi, Guido Tabellini, who had known him since the times of undergraduate studies, wote that “Alberto was one of the most creative economists of his time. He had two characteristics that made his work so important and influential. First, he asked fundamental questions which nobody had asked before. Second, he had a powerful intuition, which enabled him to single out the key aspects of a problem.” The Economist wrote that Alberto Alesina “did not mind being a dissenting voice.”

The intellectual curiosity of Alberto Alesina will be celebrated at Bocconi, on 24 and 25 May, with a scientific conference. (You can click on this link for the program, and on this link to follow the conference online – passcode 240522 if needed).

A Bocconi graduate and Harvard PhD (his thesis advisor at Bocconi was Mario Monti, at Harvard Jeffrey Sachs), when he passed away in 2020 Alesina was the Nathaniel Ropes Professor of Political Economy at Harvard, where he taught for more than three decades and where he also served as Chairman of the Department of Economics from 2003-2006.

With his doctoral thesis, Alesina opened the field of political economy, an interdisciplinary field that “examines the interactions among political institutions, participants in the political system, such as voters and elected officials, and economic outcomes broadly defined,” as the webpage of the NBER Political Economy Program (founded by Alesina) states. He showed that political conflict has a central role in explaining several macroeconomic phenomena, including the accumulation of government debt and the choices of secession and integration by sovereign nations.

In a seminal paper with Lawrence Summers, Alesina showed that independent central banks were the best way to keep inflation at bay.

The best example of his courage to dissent is his work on fiscal adjustment and austerity, culminated in a 2019 book with Bocconi professors Francesco Giavazzi and Carlo Favero (Austerity: When it Works and When it Doesn't, Princeton University Press. If governments followed adequate fiscal policies most of the time, we would almost never see austerity, the authors argue. Governments should run deficits and incur debt only during recessions and rare periods of high spending needs (as in case of war or natural calamity). These deficits should be balanced by surpluses during booms and when spending needs are low. For reasons that political economy can explain, though, shortsighted governments promote immediate goals at the expense of long-term ones, accumulate debt and make fiscal adjustments unavoidable.

In a time when deficit-reduction plans were out-of-fashion, Alesina and his co-authors argued that not all austerities are born equal and that, if they are necessary, spending cuts are much more effective than tax hikes. In a very few cases, fiscal adjustments can even be expansionary and governments that impose such measures are not necessarily destined to lose popularity and to be replaced. 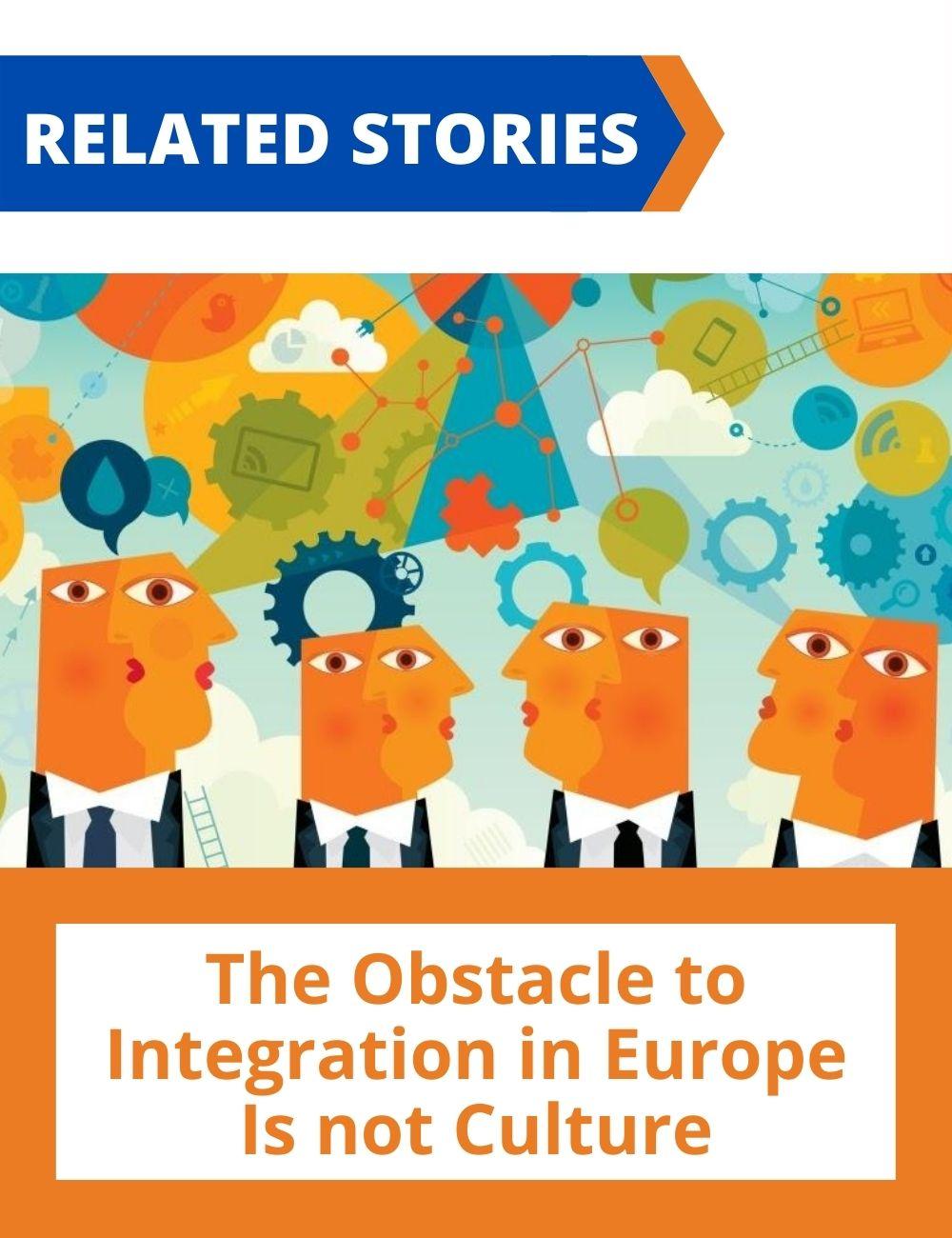 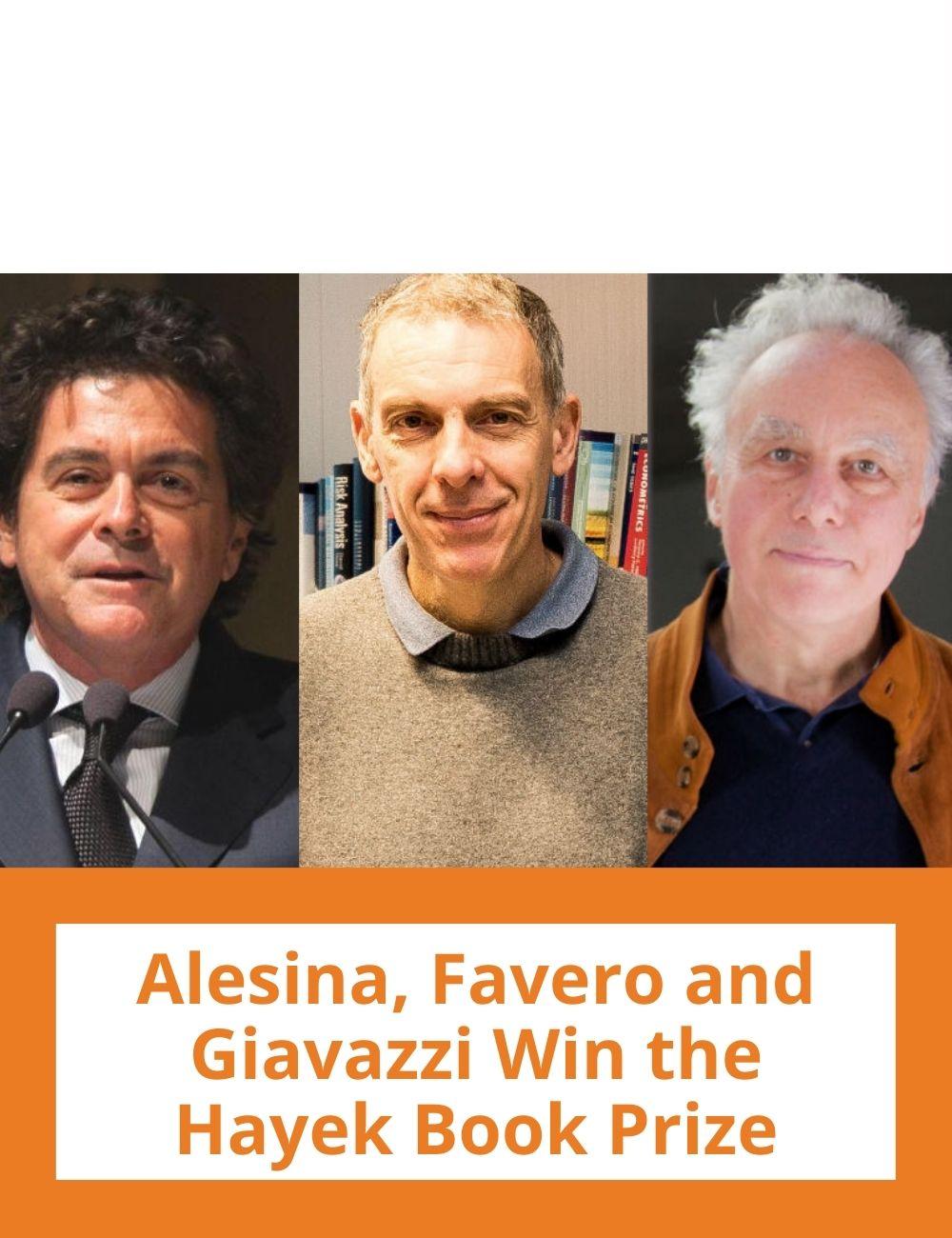 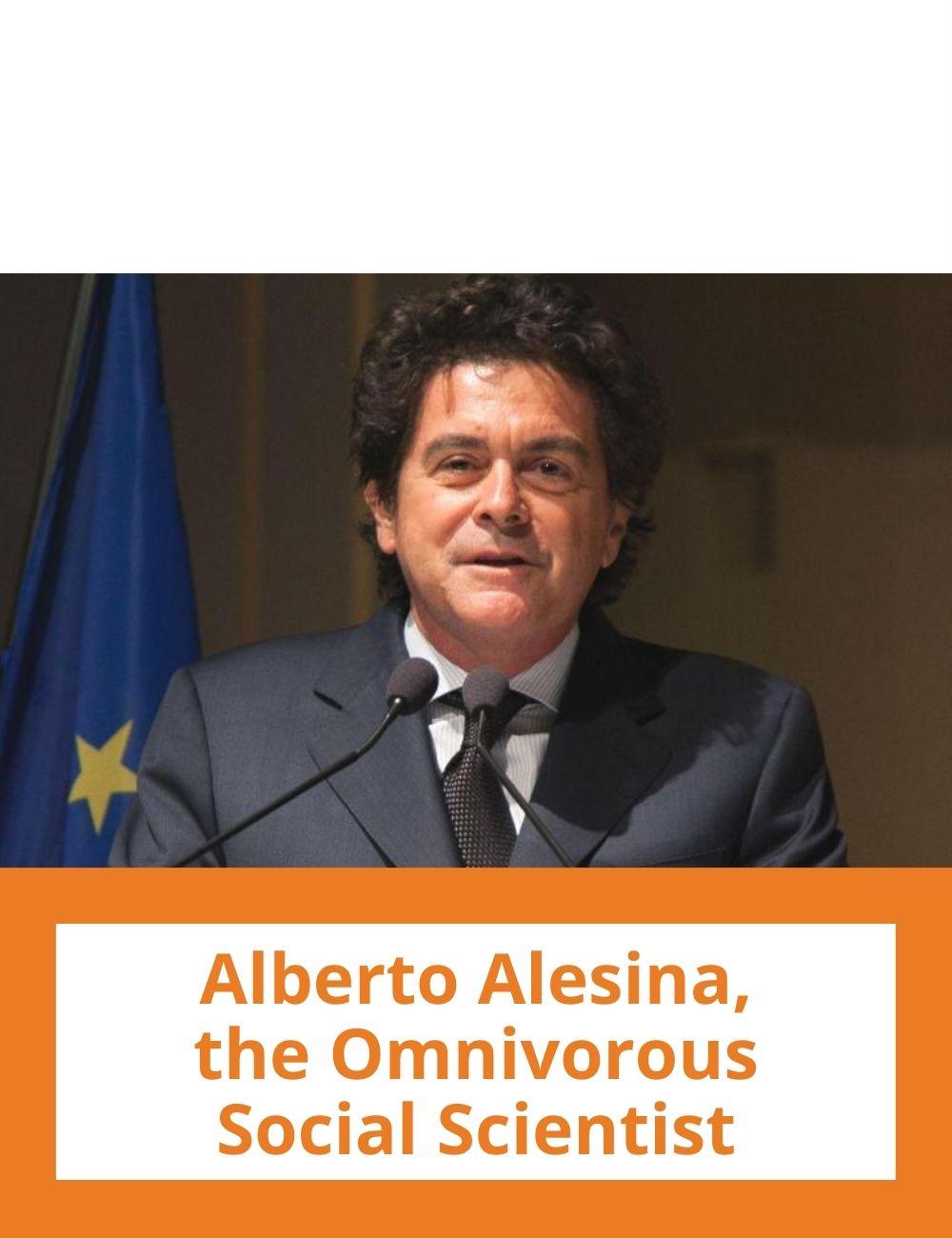 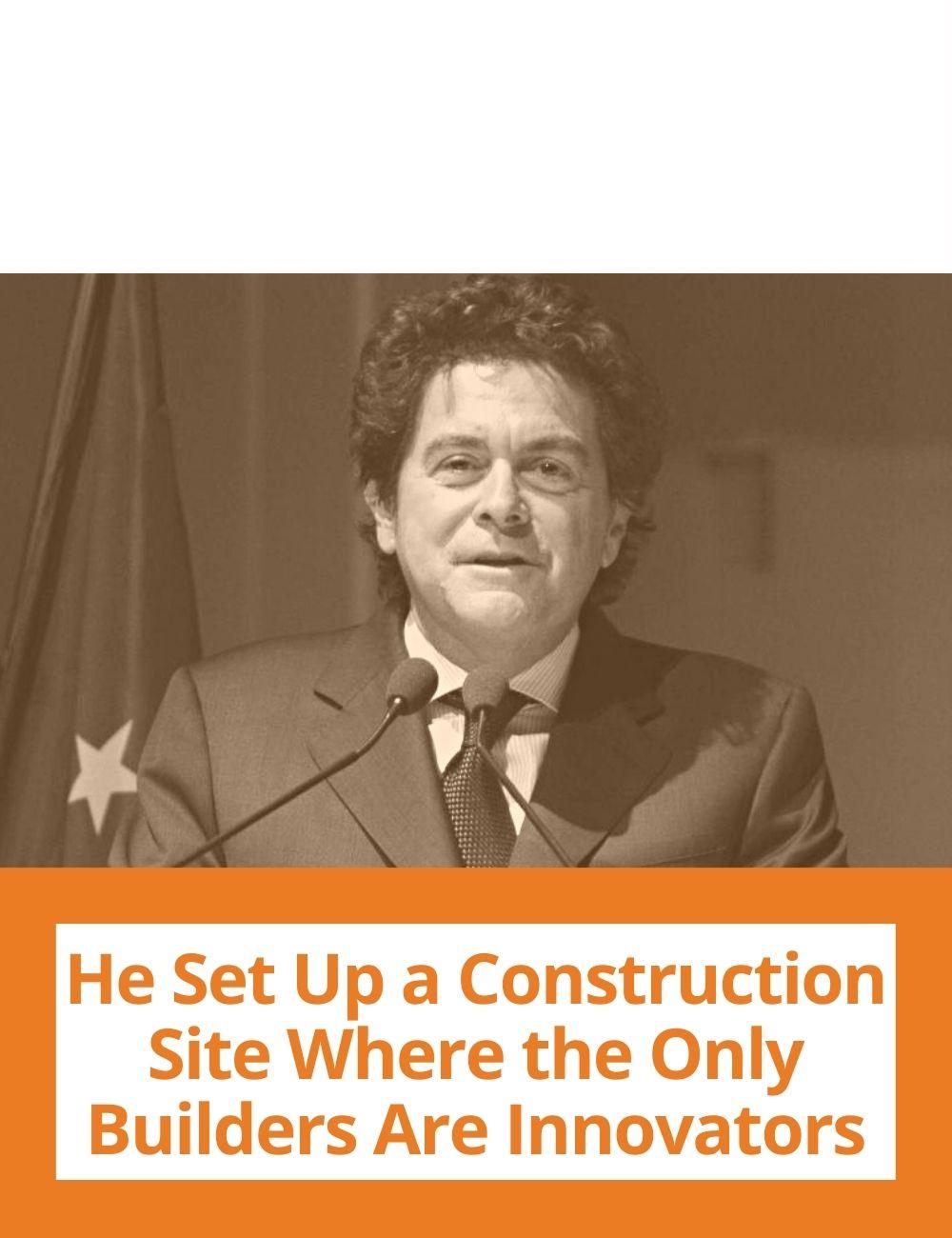 The Bocconi conference will cover the topics of political economy that Alesina was researching in recent years, “when he was particularly interested in the role of cultural factors and beliefs as determinants of economic and political choices and of social cohesion,” said Eliana La Ferrara, Professor of Development Economics at Bocconi and one of the organizers of the conference. Many of these topics are now the research focus of his students, colleagues and friends. The three sessions will be focused on culture; inequality and diversity; political beliefs and behavioral political economics.

Alesina showed the persistence of cultural traits, and opened another research strand, tackling the topic of female participation in the job market. With Paola Giuliano and Nathan Nunn, he observed that societies in pre-industrial times were divided between those using plough agriculture and those using shifting rotation agriculture. Since the use of the plough requires more physical strength, those societies tended to relegate women to household production. Centuries later, those societies still record a lower female participation.

The topic of inequality and diversity was studied by Alesina, with among others, Ed Glaeser and Eliana La Ferrara, with work on redistributive preferences in America and Europe. American higher ethnic heterogeneity, on the one hand, seems to promote distrust in redistribution, with cultural beliefs and perceptions playing an important role: Americans seem to believe in the American dreams well beyond its reality and overestimate their chance of upward financial and social mobility, thus underestimating the need for redistribution, while for the Europeans the opposite is true.

Investigating the role of beliefs, often with Stefanie Stantcheva and using experimental methods, Alesina found that immigration is heavily misperceived: the number of immigrants and their need for public support are almost always overestimated by common people in western societies, thus leading, again, to skepticism about redistributive policies.

The effects of family ties on economic outputs was another of Alesina’s research interests. He observed that societies with strong family ties prefer stricter labor market regulations, which in turn could lead to lower wages, higher levels of unemployment, and could even be responsible for lower mobility and fewer women working outside the home in Southern Europe.

Francesco Giavazzi, Alesina’s co-author not only in scholarly publications, but also in dozens of op-eds published by the Italian newspaper Corriere della Sera, wrote on VOX.eu that Alesina used to say that, if we want economics to survive as a discipline, we need the courage to extend its frontiers to the sphere of history and sociology. Mission accomplished, then, and thank you on behalf of economics!