WANLI ZHAO AND COAUTHORS, IN A NEW PAPER, SHED LIGHT ON THE USE OF PRIVATE INFORMATION TO PROFIT FROM TRADE IN LINKED COMPANIES, SUCH AS BUSINESS PARTNERS OR COMPETITORS

“Our research and findings suggest that shadow trading is an unexamined mechanism that increases the speed and depth at which linked firms’ stock prices impound value-relevant information”, said Bocconi Professor Wanli Zhao (Department of Accounting). 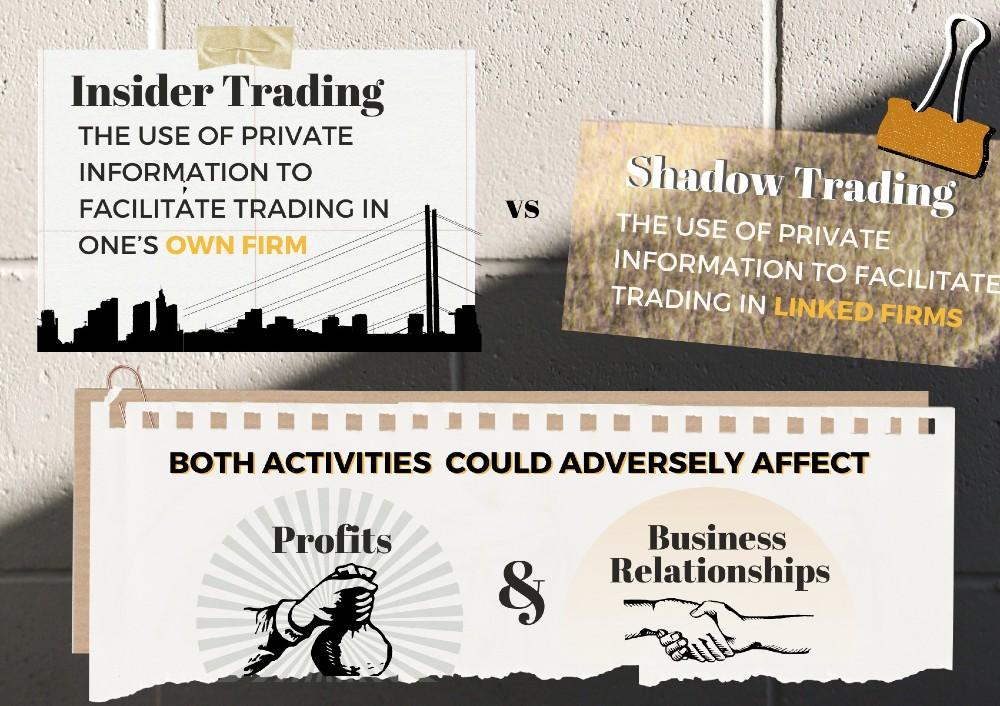 Both activities spread their roots in a breach of the so-called “fiduciary duty”, the responsibility that corporate insiders have towards the shareholders to not exploit MNPI. However, while for insider trading the violation of this duty is evident, the breach in shadow trading is not clear. Therefore, insider trading is heavily regulated and has attracted the attention of the researchers for several decades, whereas the phenomenon of shadow trading is undocumented because of its intrinsic nature. Hence, regulators have shown reluctancy to engage in case detection and investigation due to its inherent ambiguity.

Interestingly, a single legal case about shadow trading from 2011 can be found in all of history.

However, according to the research team that includes Dr. Mihir N. Mehta (University of Michigan) and Dr. David M. Reeb (National University of Singapore), the phenomenon should not be overlooked especially if its monetary size is considered: a single shadow trading event generates profits for a single actor from $139,400 to $678,000. These figures become even more informative when compared to the less than $60,000 of profits reported by the SEC for a single insider trading case.

The study wants to give a solid answer to the question: is shadow trading bad for the American market and its players? The answer now appears to be clearer. Engaging in shadow trading seems to be very accessible because managers and employees are exposed daily to MNPI. Hence, it could appear extremely attractive for insiders that want to milk profits from the exploitation of this private information.

According to the results, corporate insiders have demonstrated tenacious ability to get around regulations regarding insider trading. The findings of the research highlight the increasing need for legislative and regulatory attention on the phenomenon of shadow trading. These restrictions are completely in line with the best interest of the firm since the release of private information could adversely affect their business relationships with third parties and, obviously, profits.

Worth consideration is the evidence brought to light by Professor Zhao and his co-authors that shadow trading activity is lower in firms whose bylaws explicitly prohibit the exploitation of MNPI to facilitate trading in linked companies. These results confirm the significant role corporations have as policy makers and the importance of designing codes that prohibit both insider and shadow trading.