PhD Students at the Best US Schools Come from Bocconi

Bocconi is the third university with the highest number of students contributing to doctoral programs in Economics at the top 20 Economics universities in the US. It is the only university located in a non-English speaking country among those in the top 10 positions of the ranking, elaborated by the Economics Department of the Universidad de San Andrés in Argentina.

The scholars at the Universidad de San Andrés used the US News Rankings of the Best Economics Schools to single out the top 20 American Economics universities and observed where the 1,765 students enrolled in their PhD in Economics in 2020 come from. 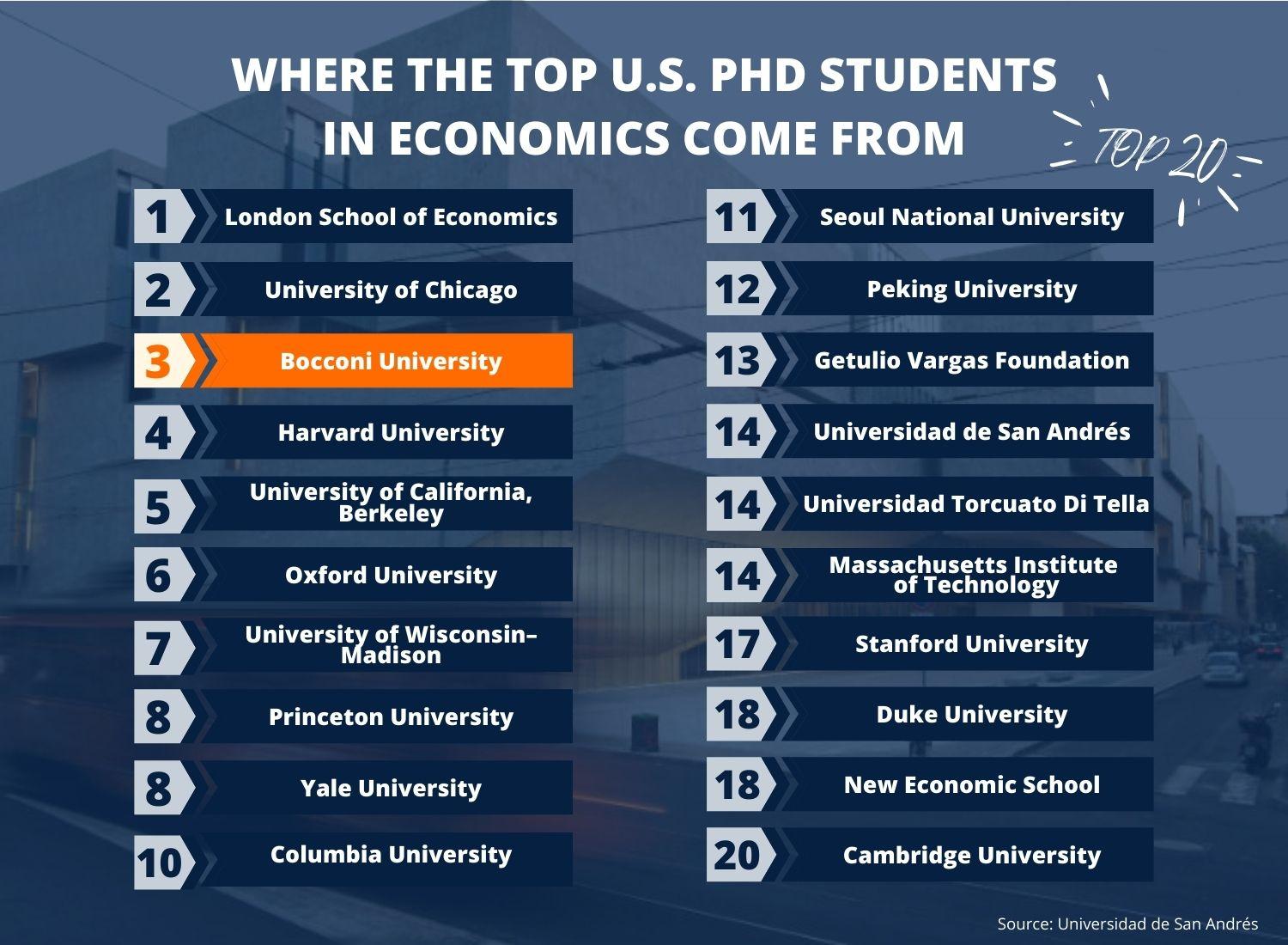 The three universities that contribute most to this group of top students are London School of Economics and Political Science, University of Chicago, and Bocconi, followed by Harvard, University of California at Berkeley, and Oxford.

“We are proud to give such a great contribution to the future of research in Economics worldwide,” said Antonella Trigari, Director of the MSc in Economic and Social Sciences (ESS), the program that graduates the best part of Bocconi students that enroll in a PhD in Economics. “Our effort to give a solid foundation in quantitative methods and economic theory to our students translates into roughly one third of them being admitted to a PhD program or working in academic research across the world and many more being employed by non-academic research centers or international bodies.”

Being recognized as one of the top universities in the world when it comes to prepare students for a research career is a reason for pride for Bocconi. The University has been investing in its research quality for years, recruiting new faculty members from the international job market based on their research ability and involving students in research activity through Visiting Students programs managed by some of its research centers.